Import from Git (Enhancements in 4.3)

The user lands on the Import from Git form by selecting the From Git card from the Add page. 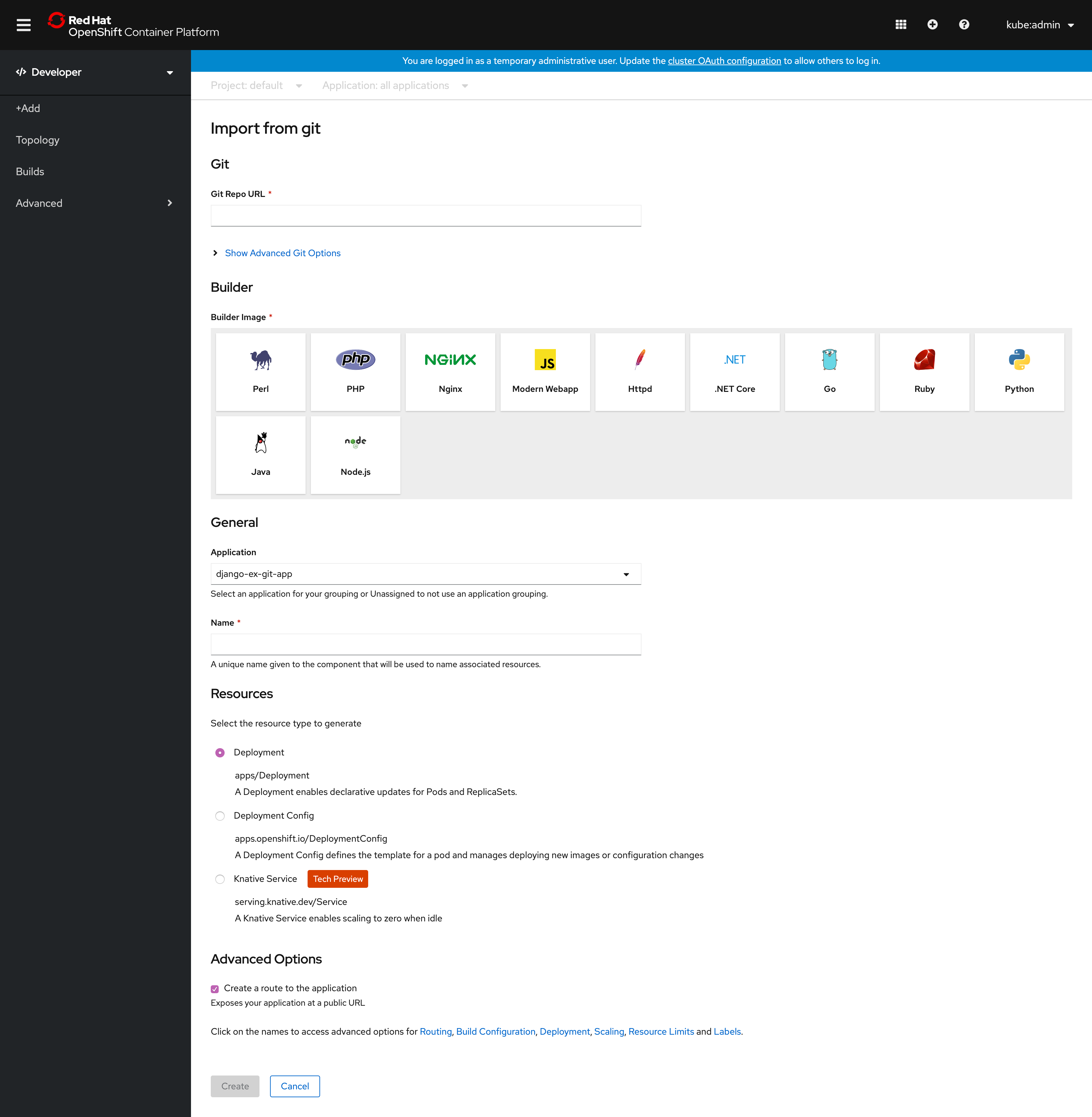 The Import from git form has the following sub sections:

Once the user enters the Git URL in the Git Repository URL field, the URL starts getting validated… It is indicated to the user with a message ‘Validating…’ under the form field.

The ‘Git Repository URL’ successfully validated is indicated with a green tick mark and highlight to the field and text beneath it saying ‘Validated’.

Once the URL is validated:

User can click Show Advanced Git Options to add details such as:

This section is where the list of builder images are shown.Automatic detection of Builder Images is an enhancement introduced in 4.3 release. 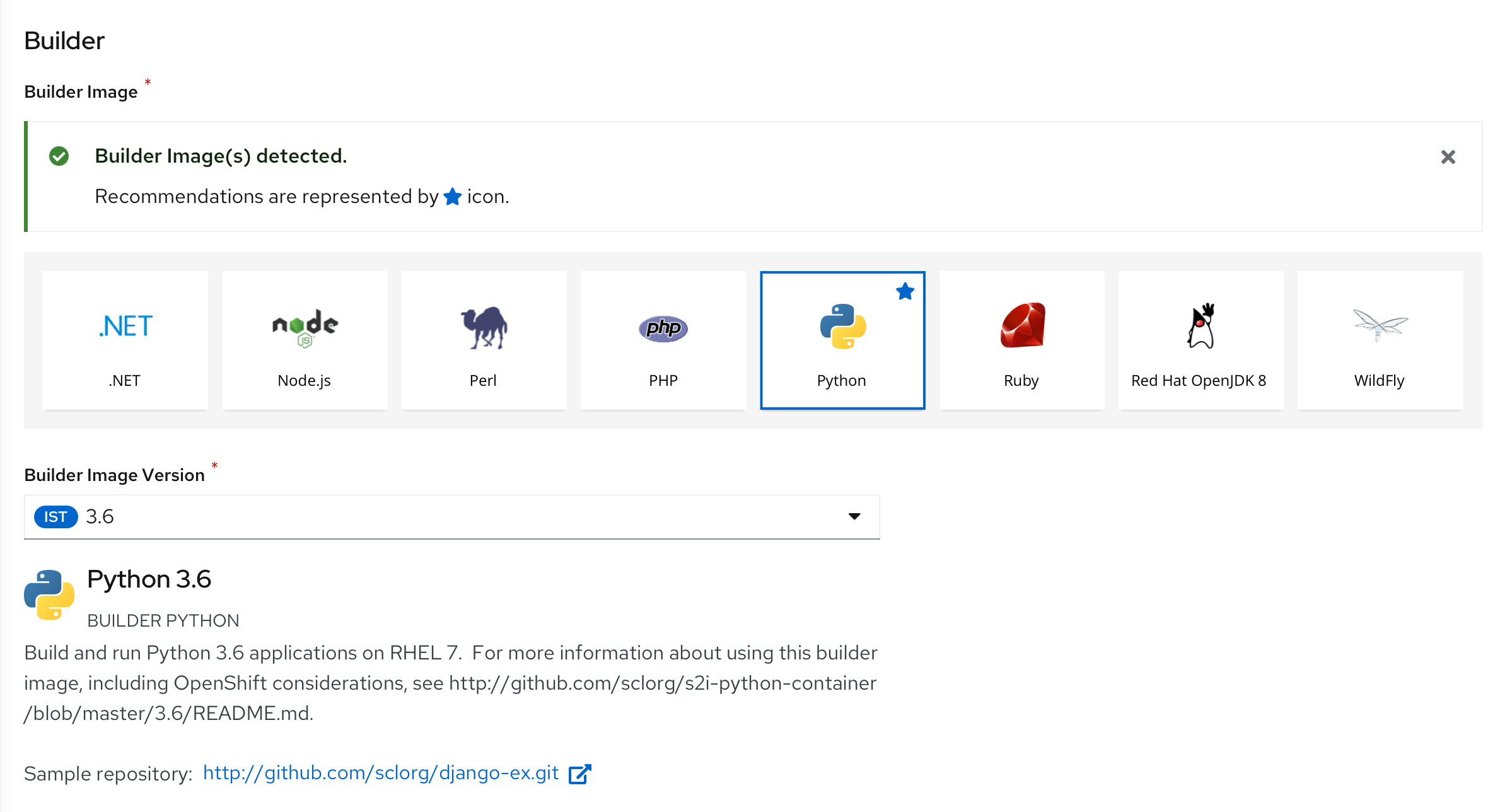 If the builder image detection has failed,an inline notification is shown to the user. To proceed the user will have to select a builder image from the list. 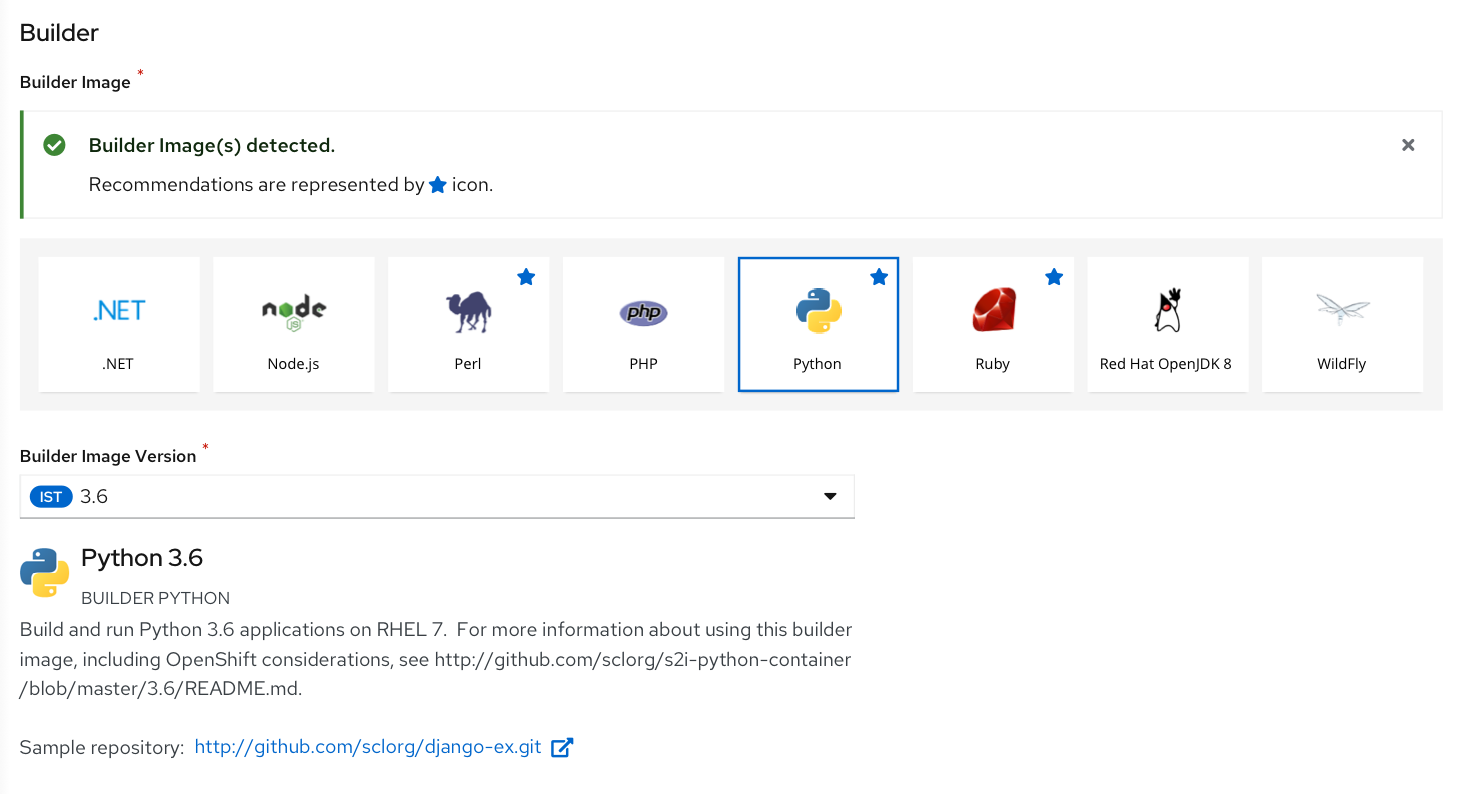 Note : Before and after the successful detection of recommended builder image,the user can select another builder image.

Once the user selects a builder image,the details of the selected builder image is shown.The user can change the version if required.

The General section has ‘Application’ and Name’ fields as shown below.

This is a common section available in all the add flows.You can find the detailed documentation of General section here

In the Resources section, user can select:

The Advanced section has the‘Create Route’ checkbox checked by default.