The action to perform this operation will be called Make Serverless and will be available from the resource dropdown. 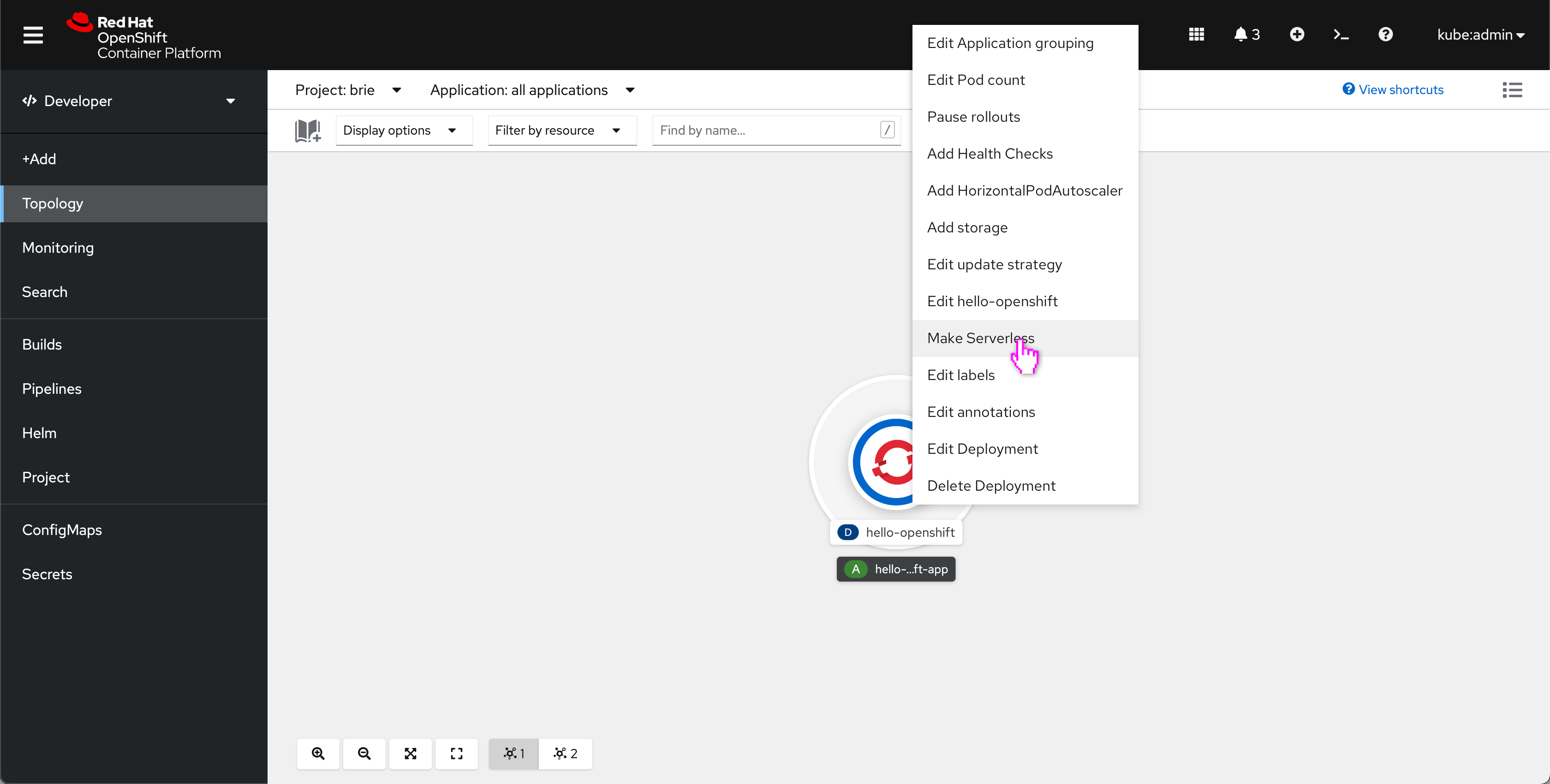 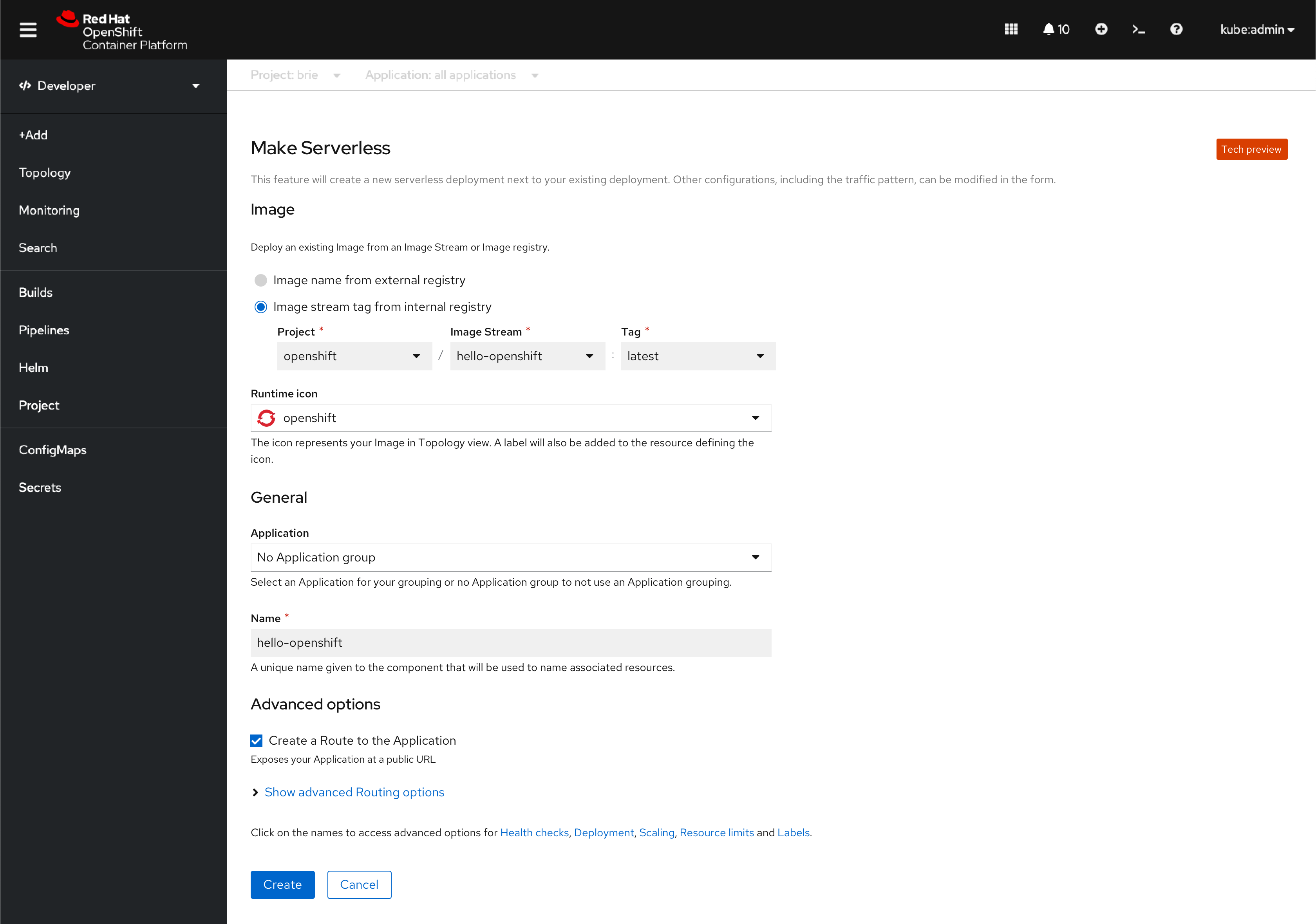 By default, imageStream will be shown in the internal image section. It will be disabled so users cannot change the selection.

If a resource doesn’t define a route, when it is made Serverless, the route will be public by default. 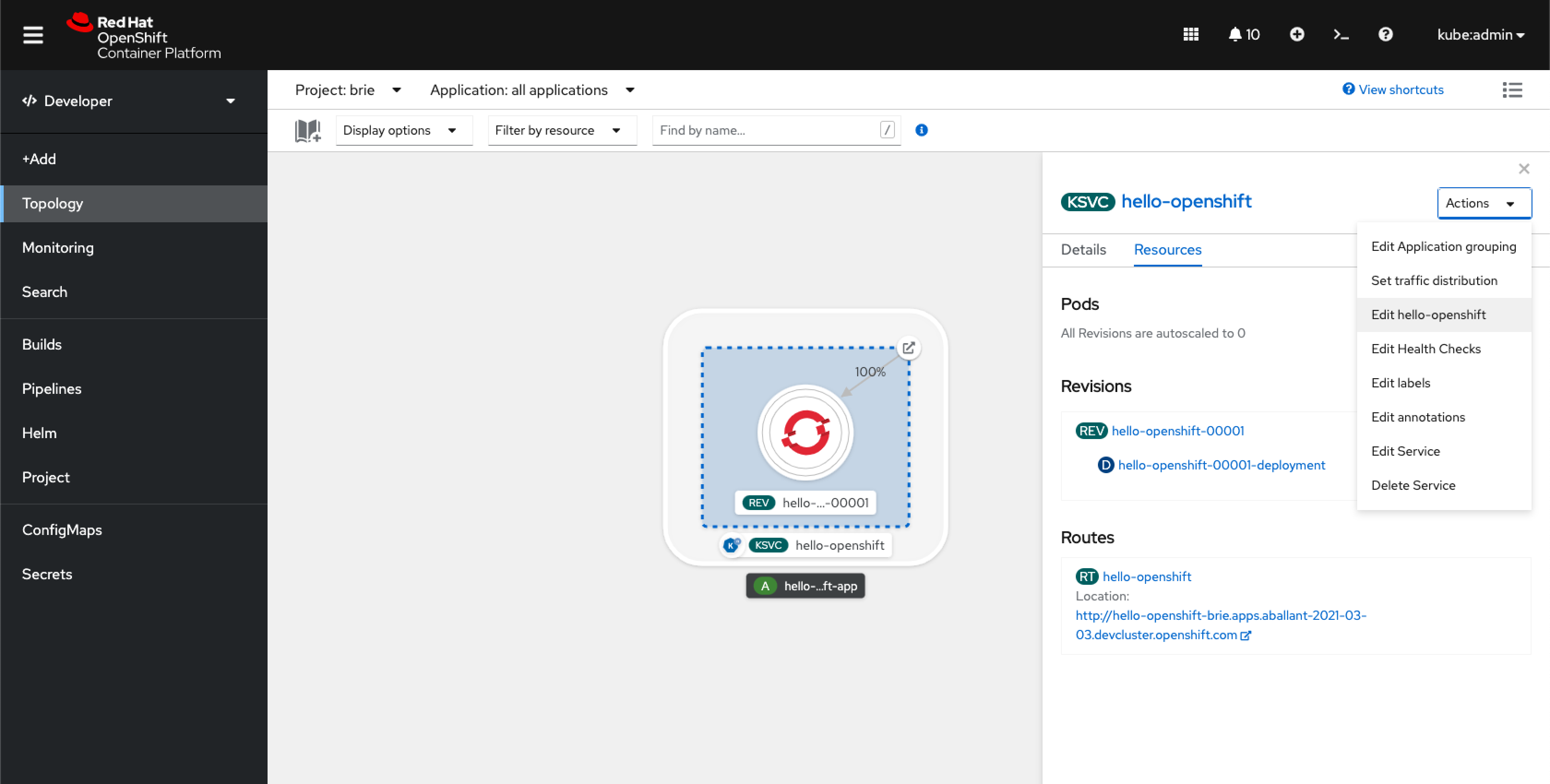 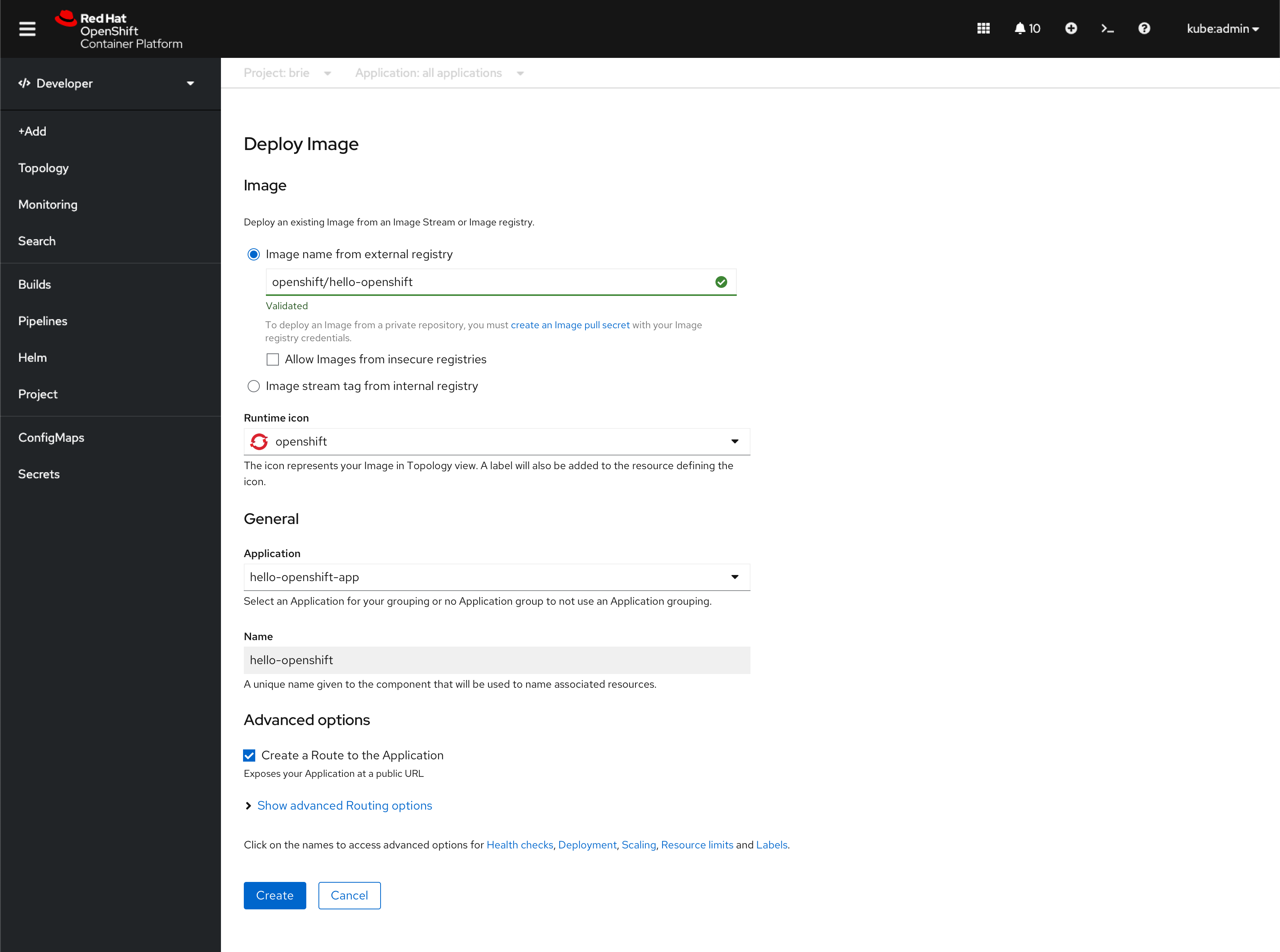