Upon selecting a helm chart in the catalog, the side panel will display relevant information about the helm chart. The specific data to be shown will be determined during the detailed design UX story

Here are a few examples of what current info panels look like: 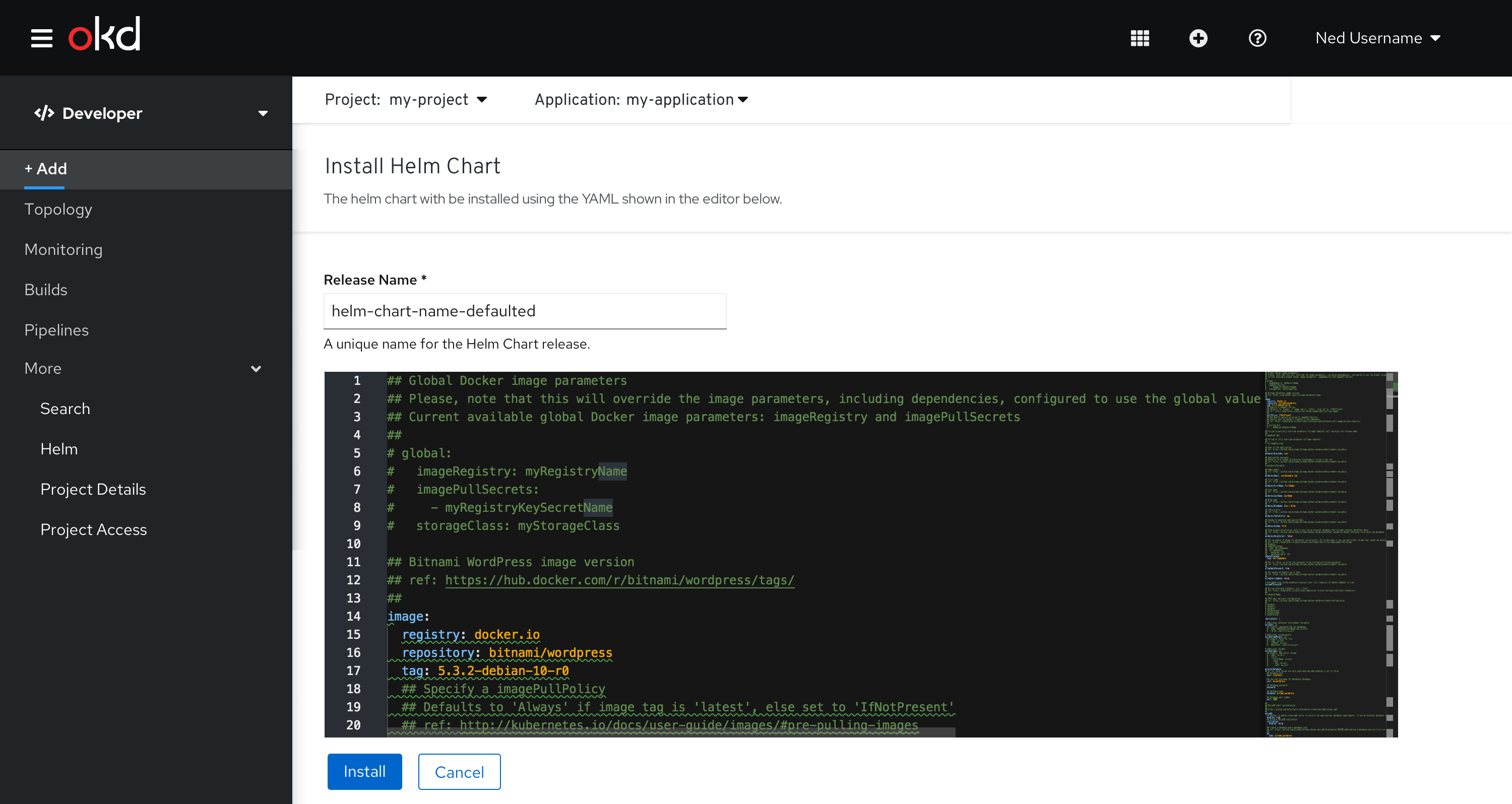 Once the Helm Chart is created, the user will be brought to the Topology view. 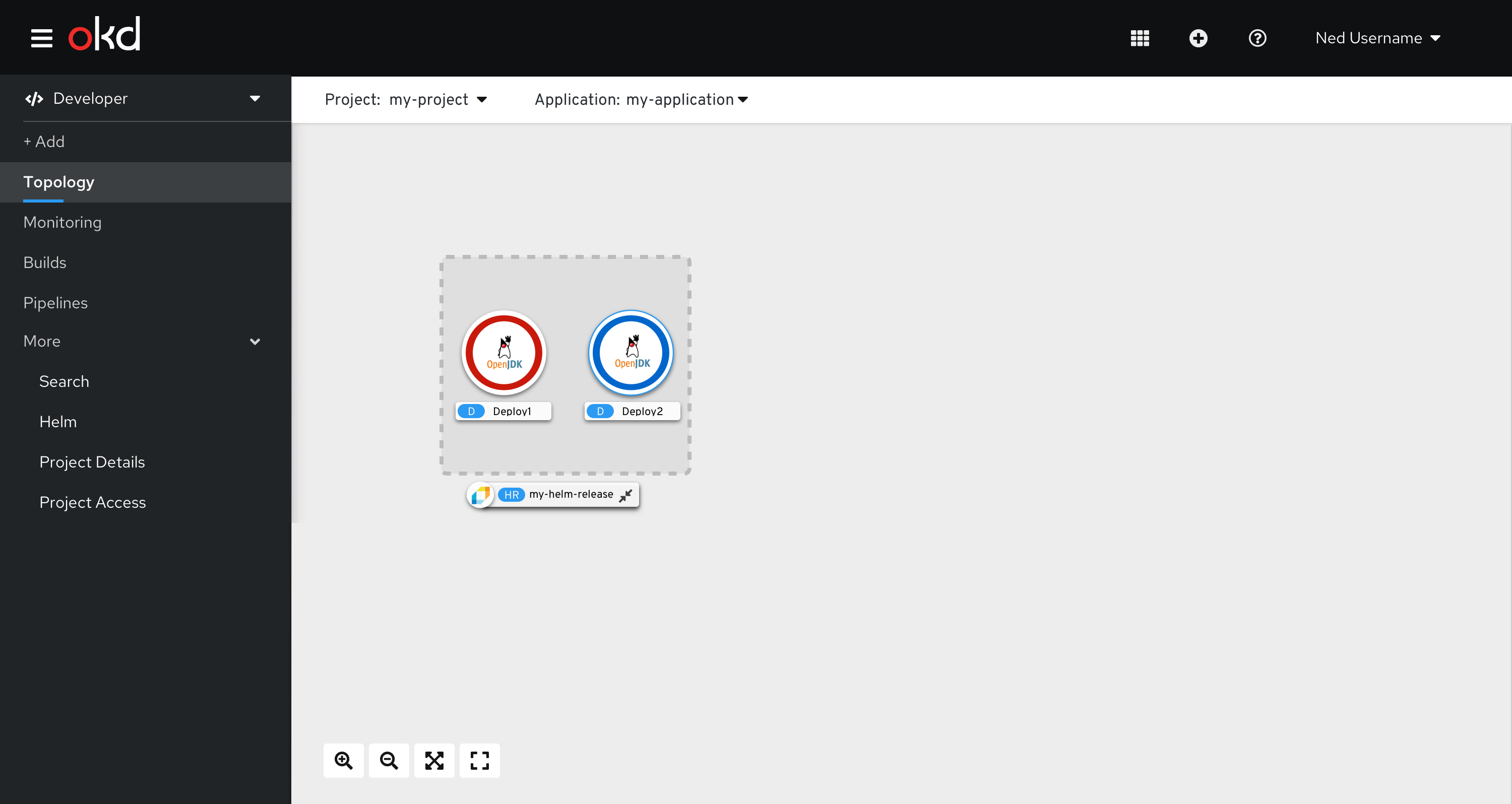 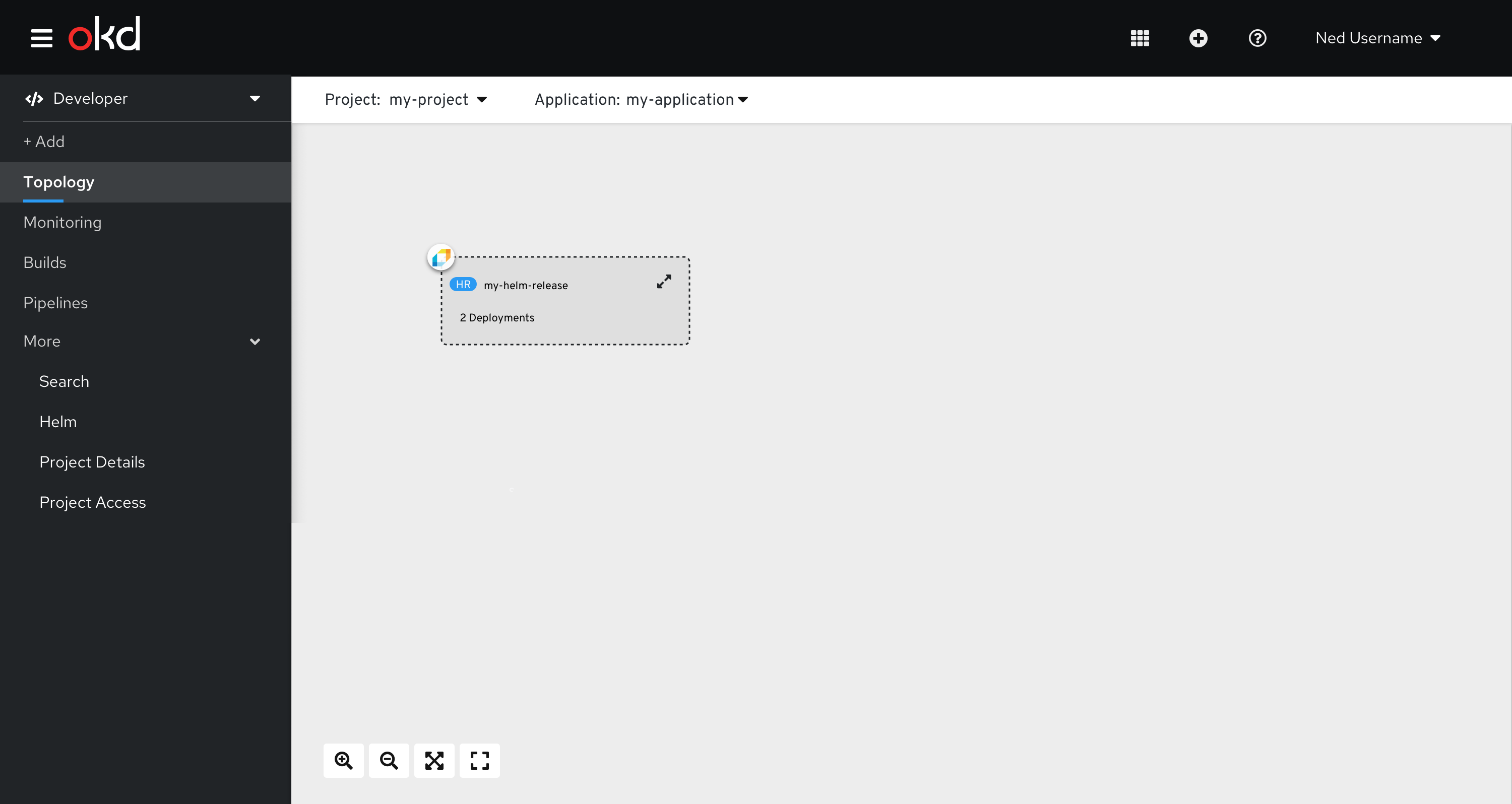 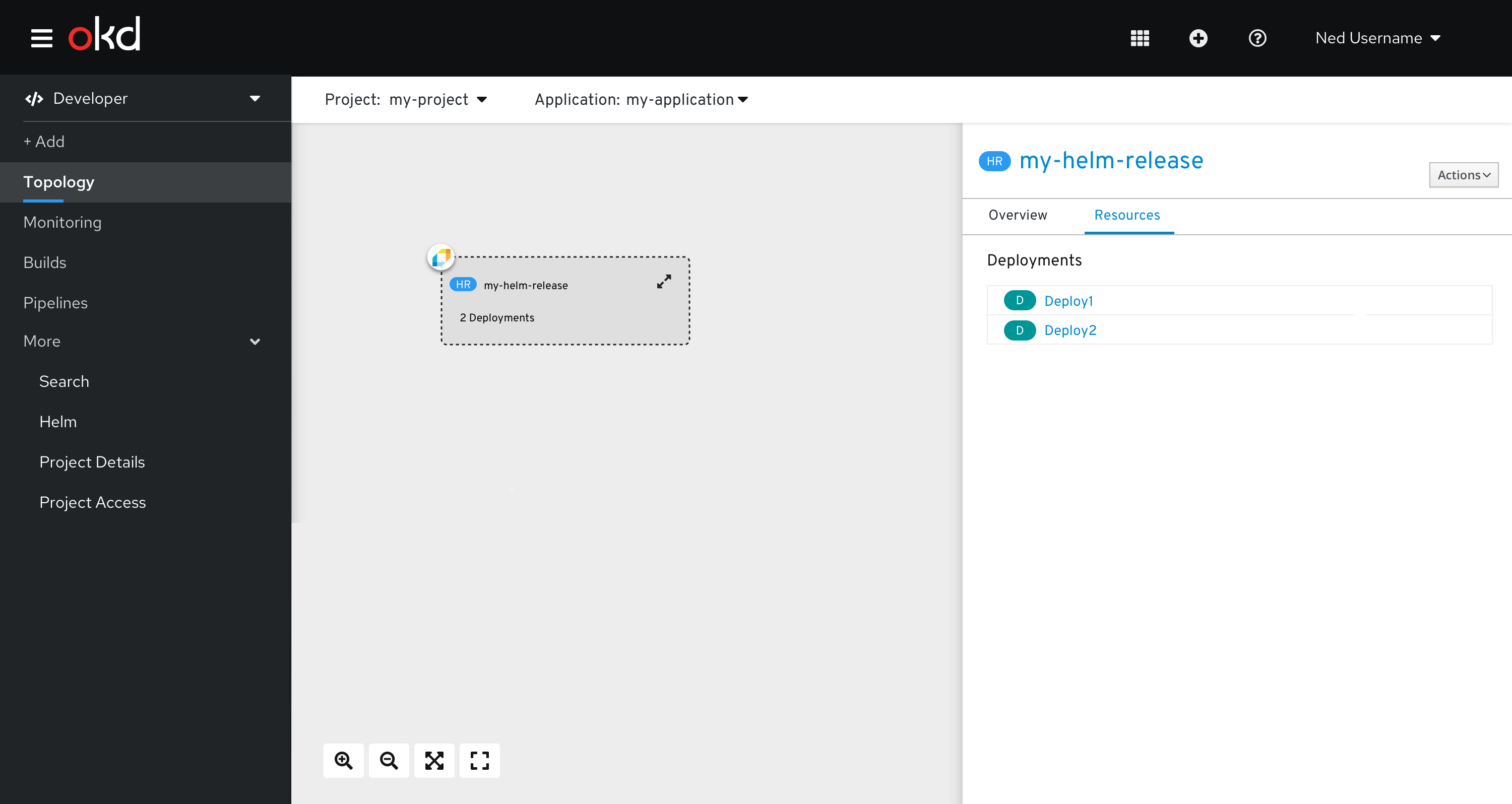