This design is a concept that was not and should not be implemented. Learn more

Users can download a cluster diagnostic report based on must-gather tool for upload to Red Hat Support or their own diagnostics.

There are several ways the user can access the Generate (diagnostics) report action.

Via the masthead help menu 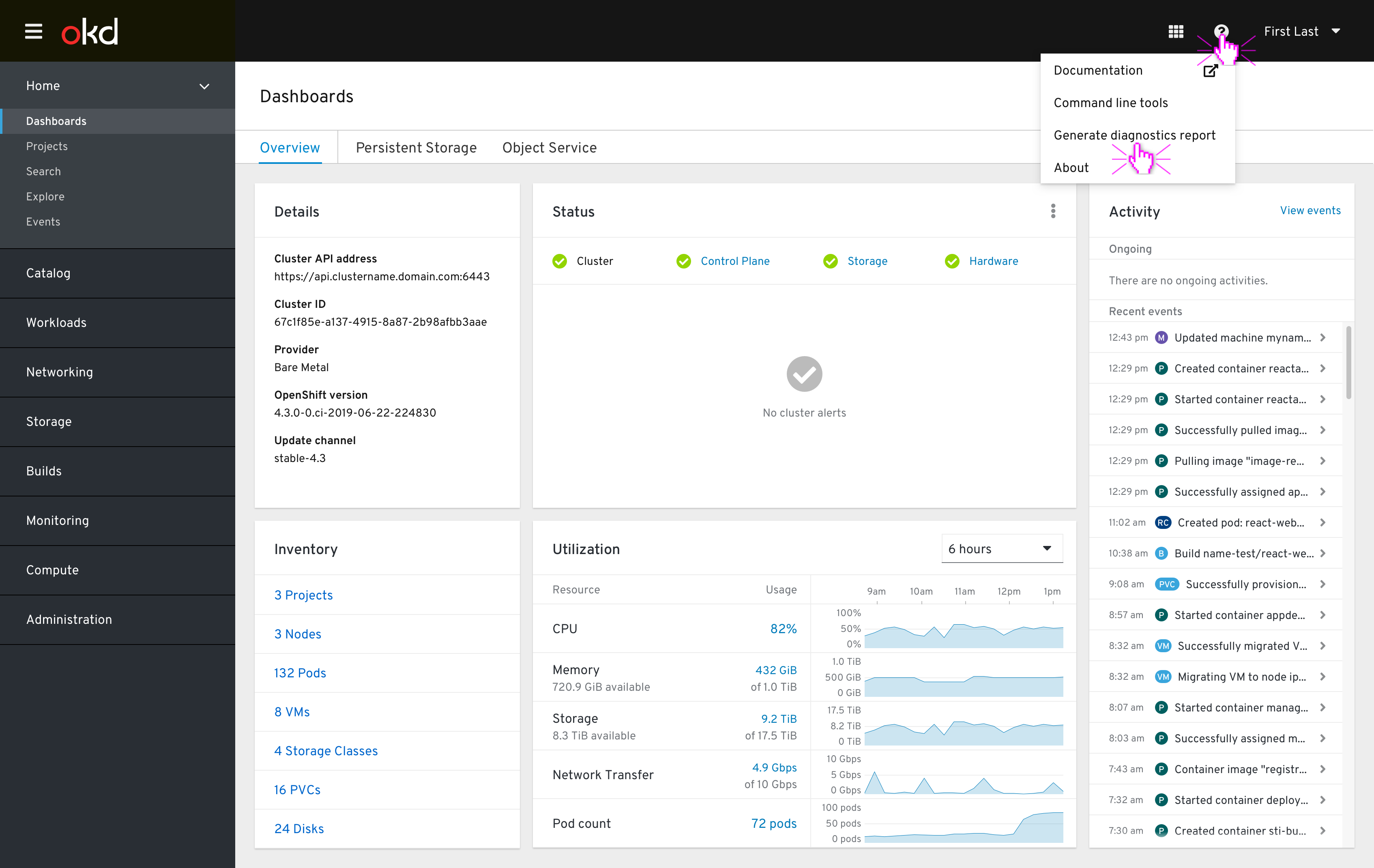 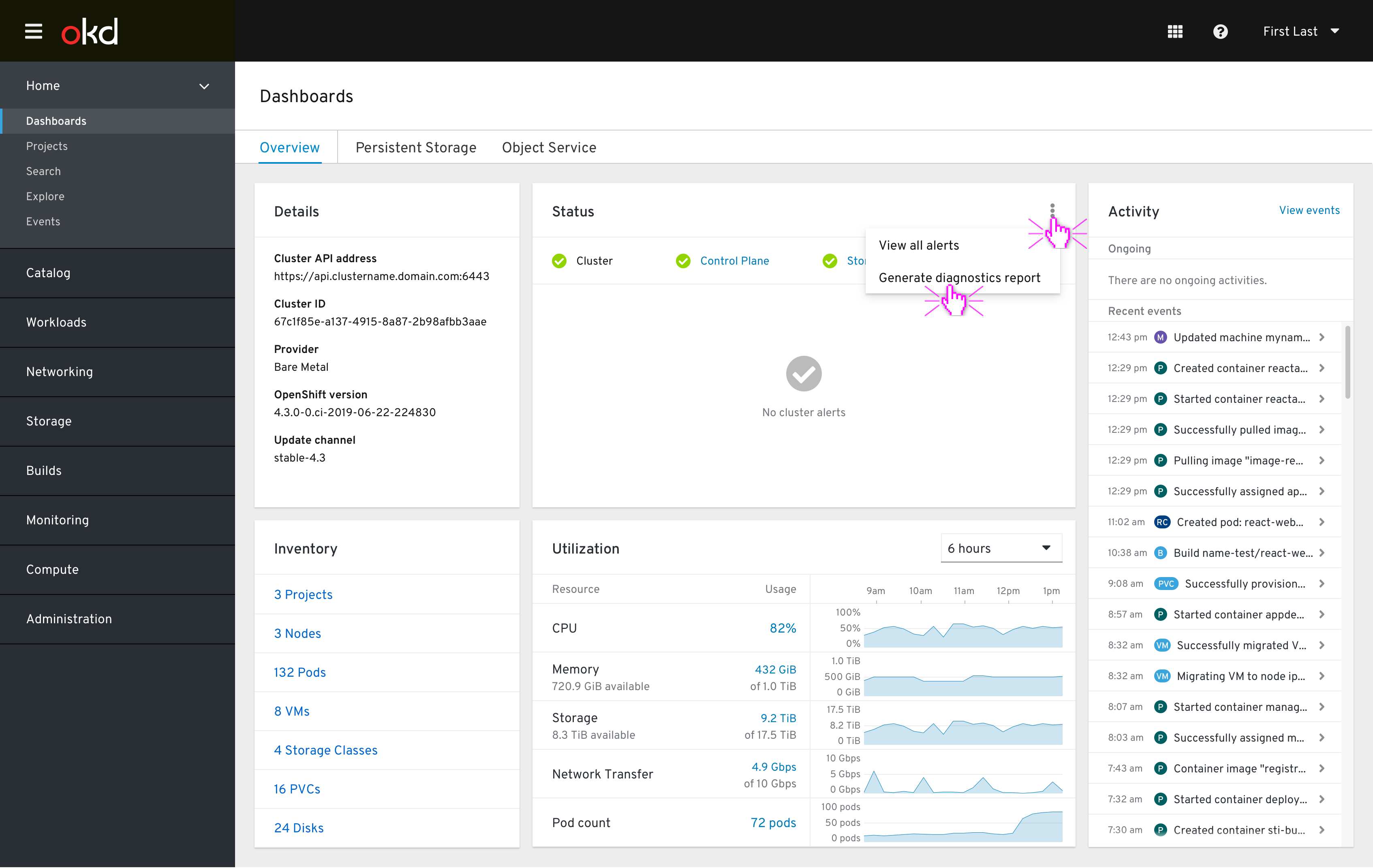 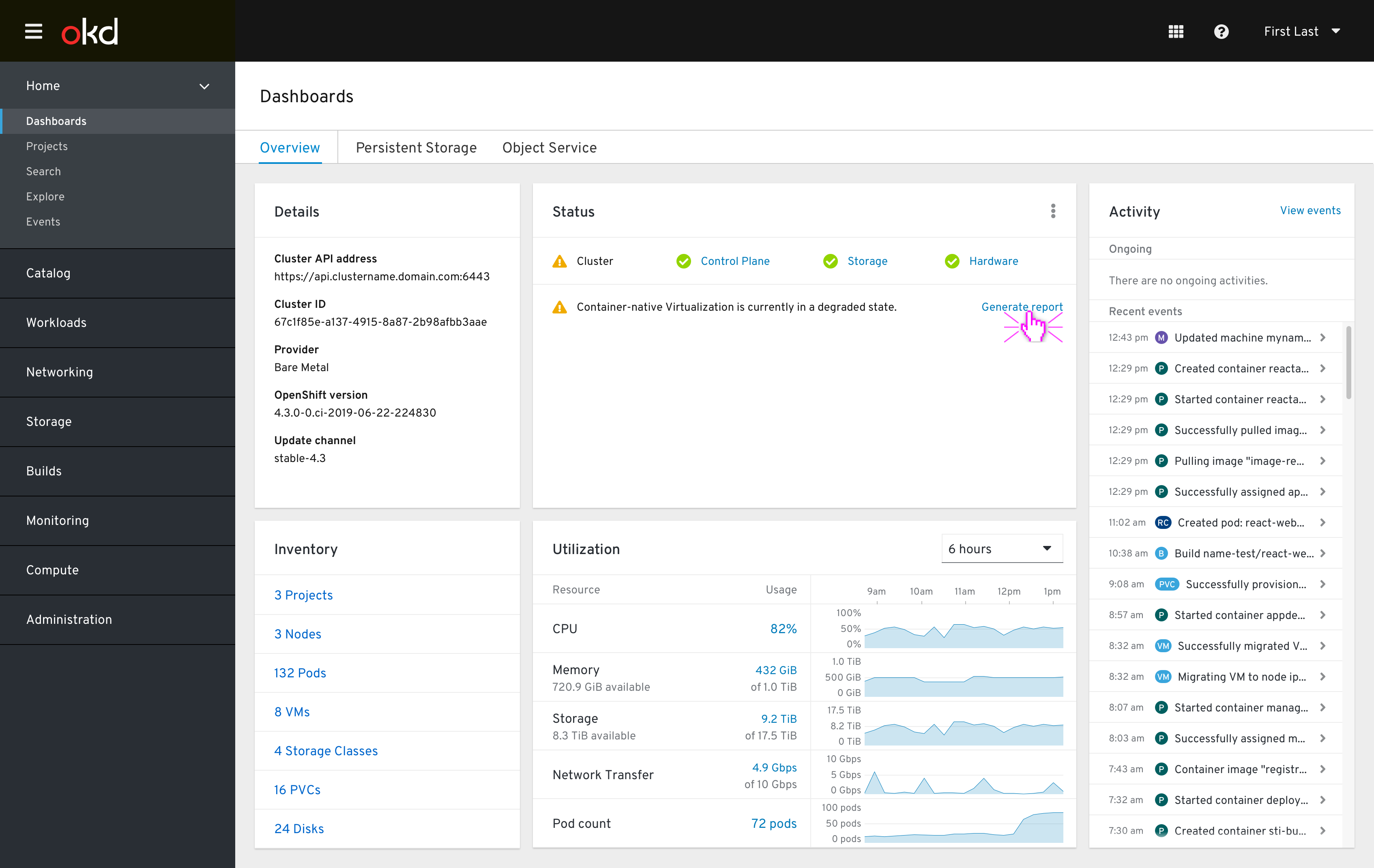 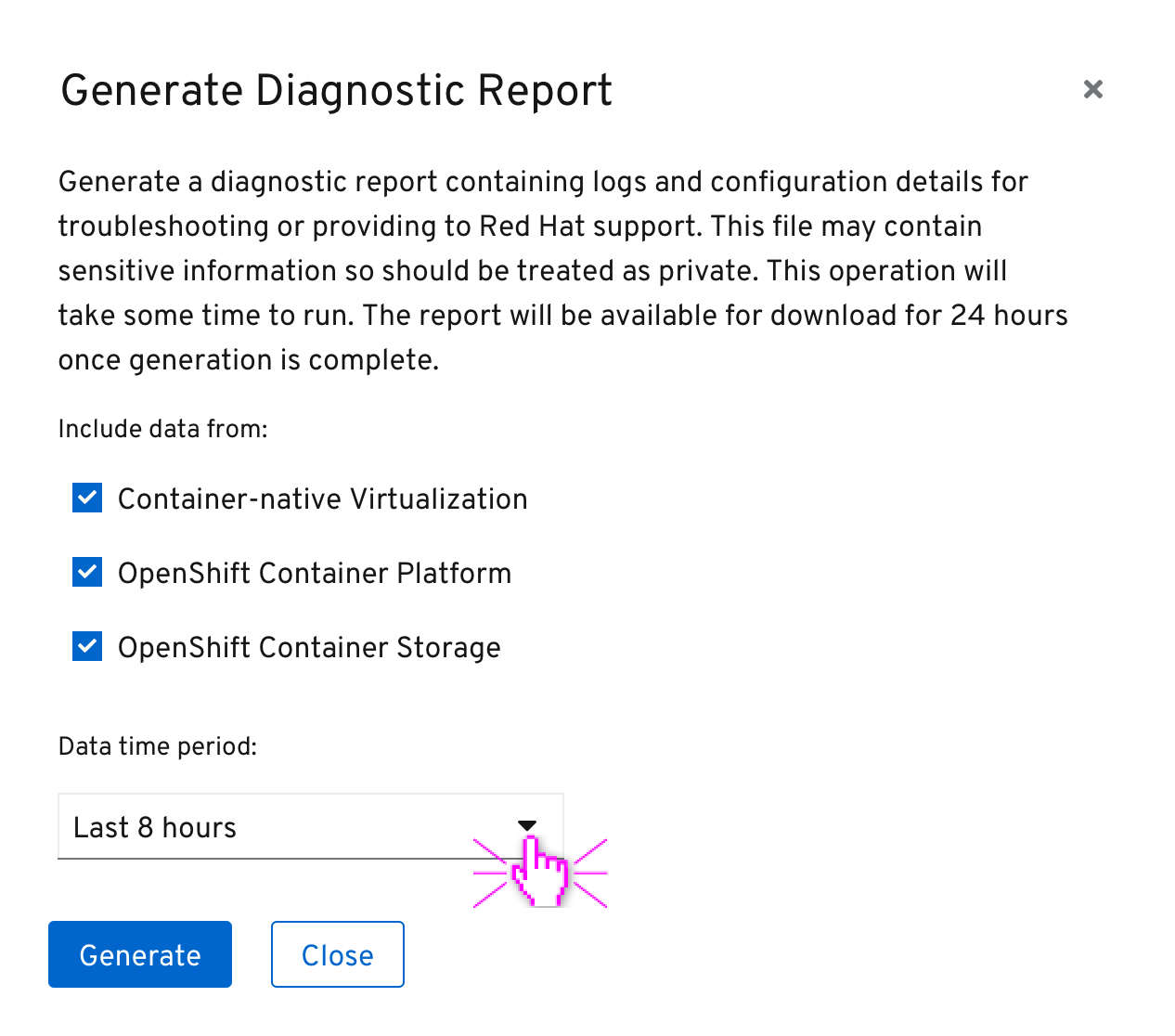 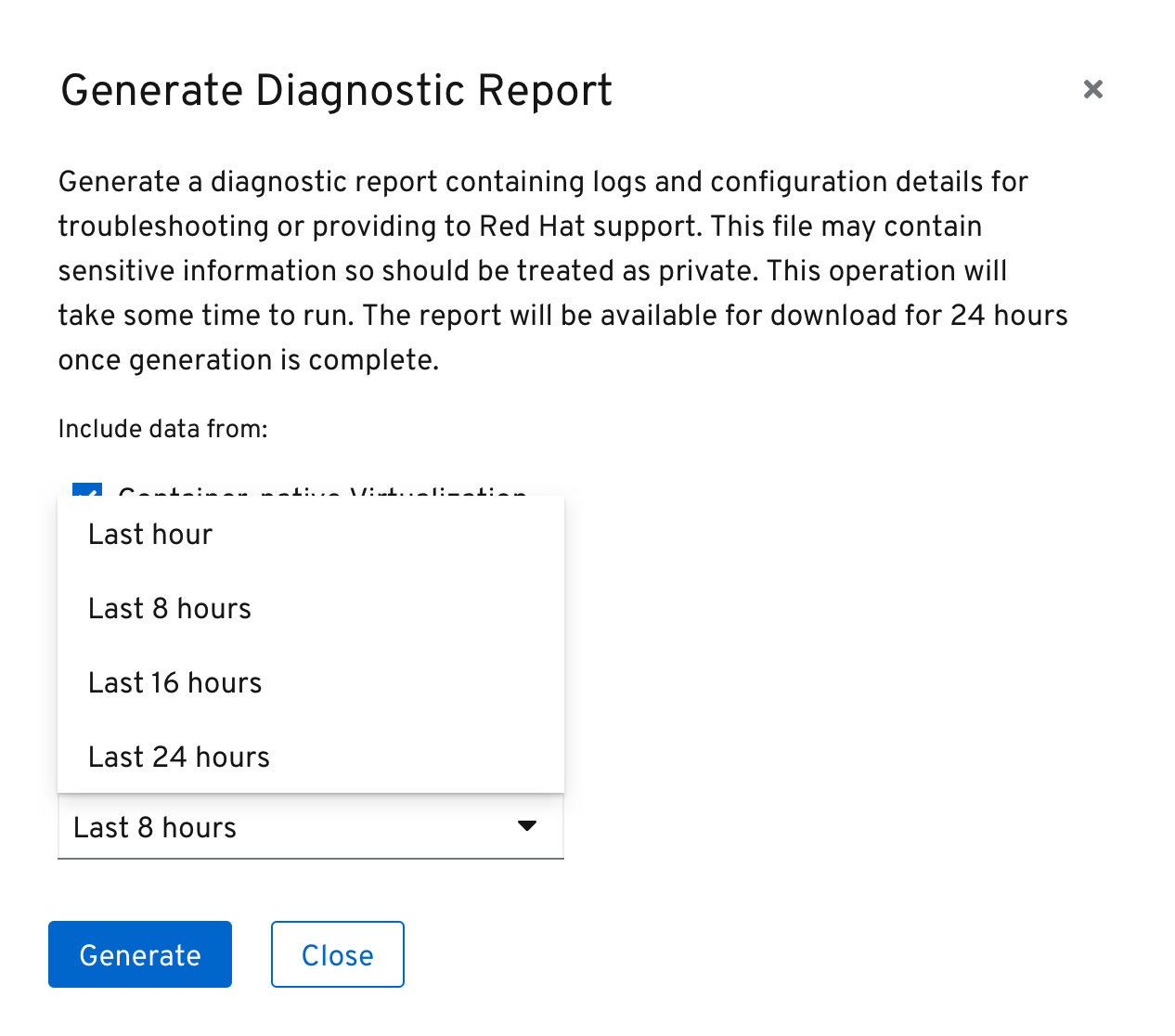 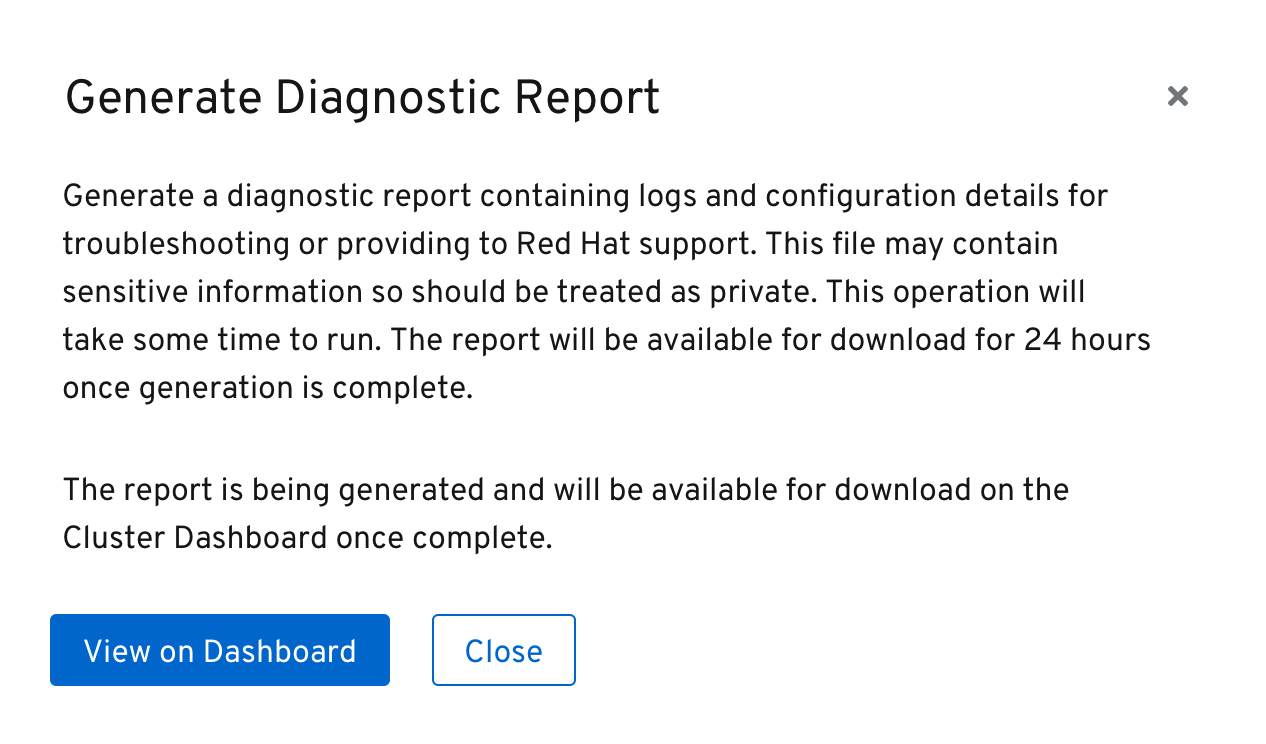 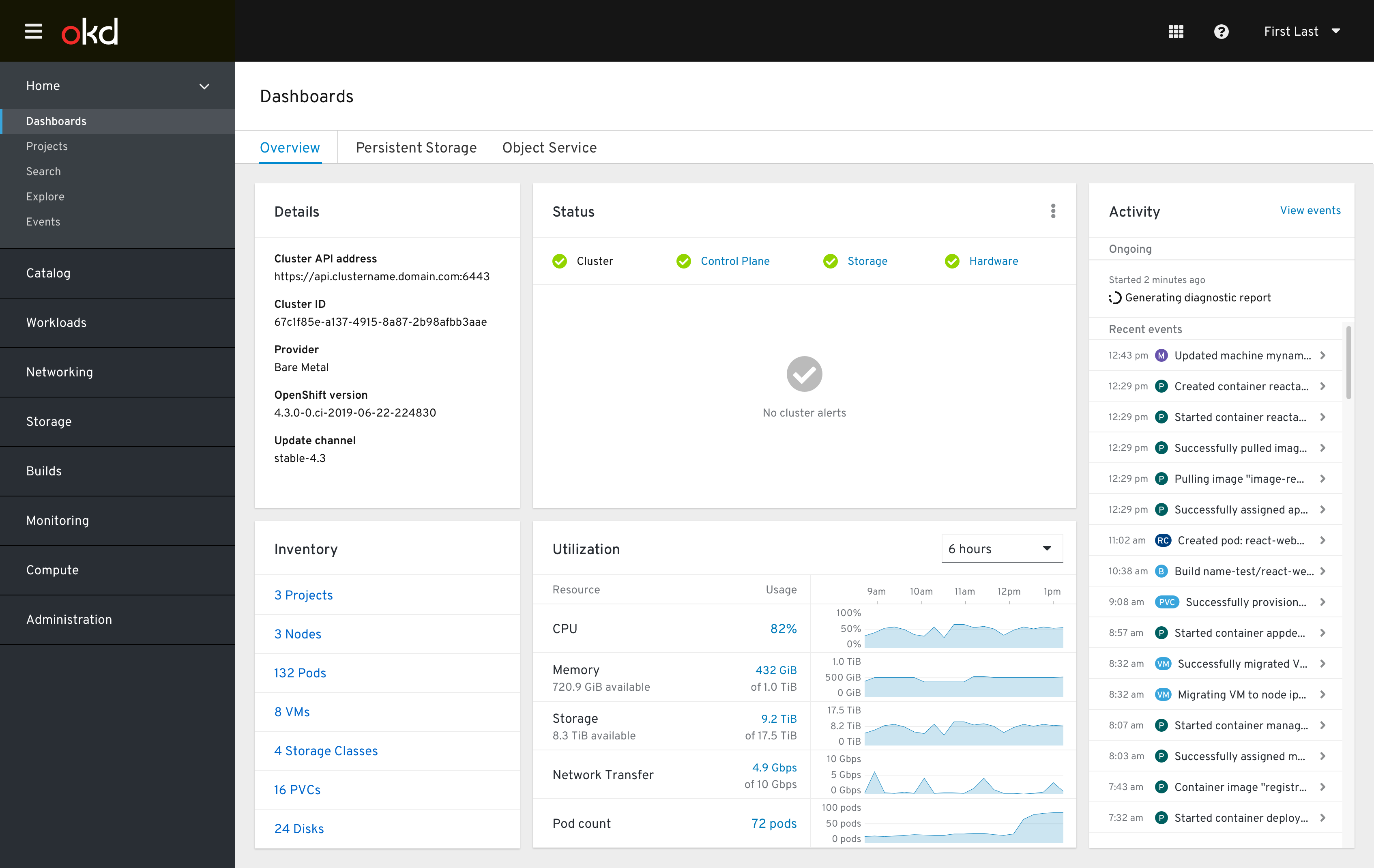 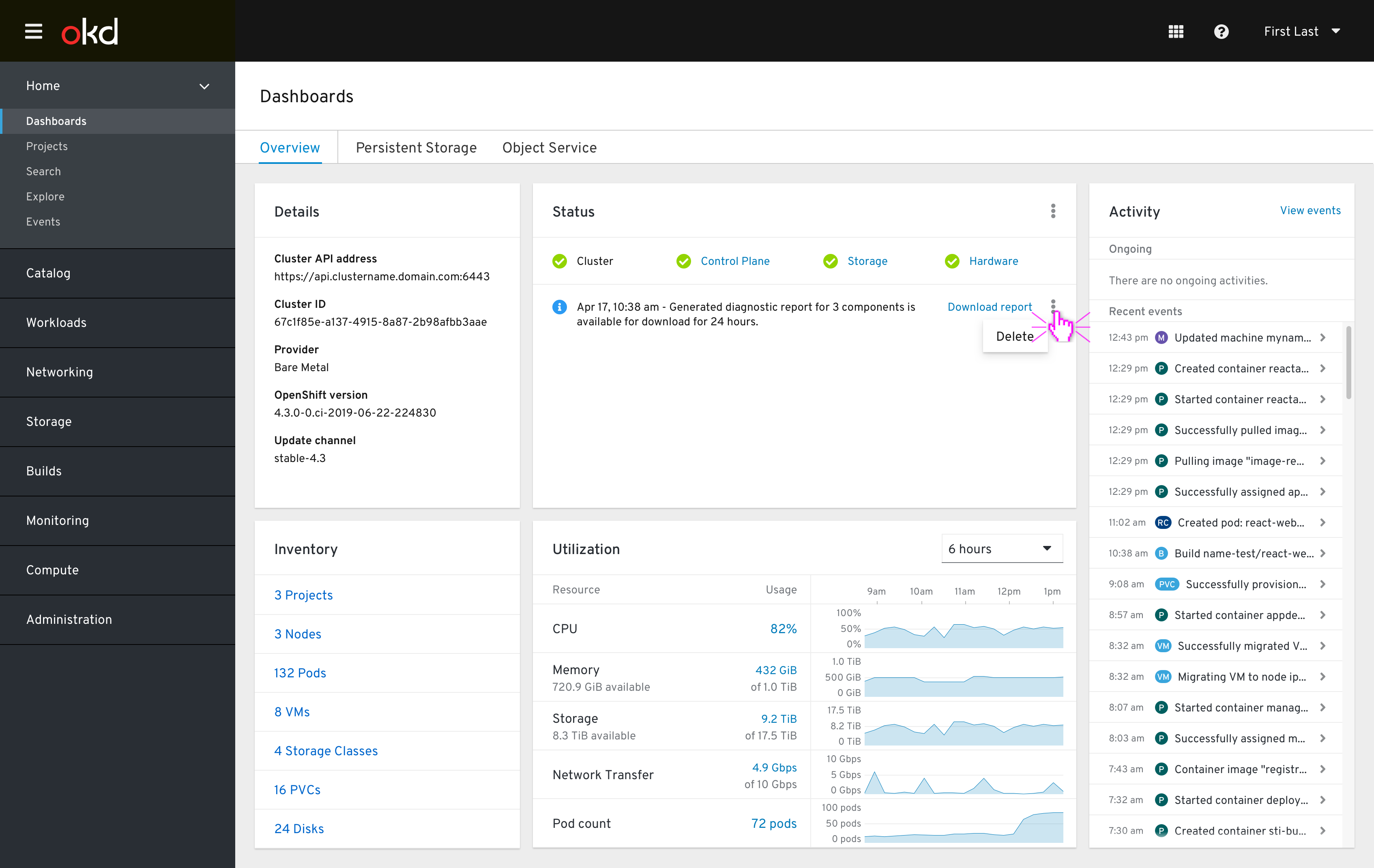 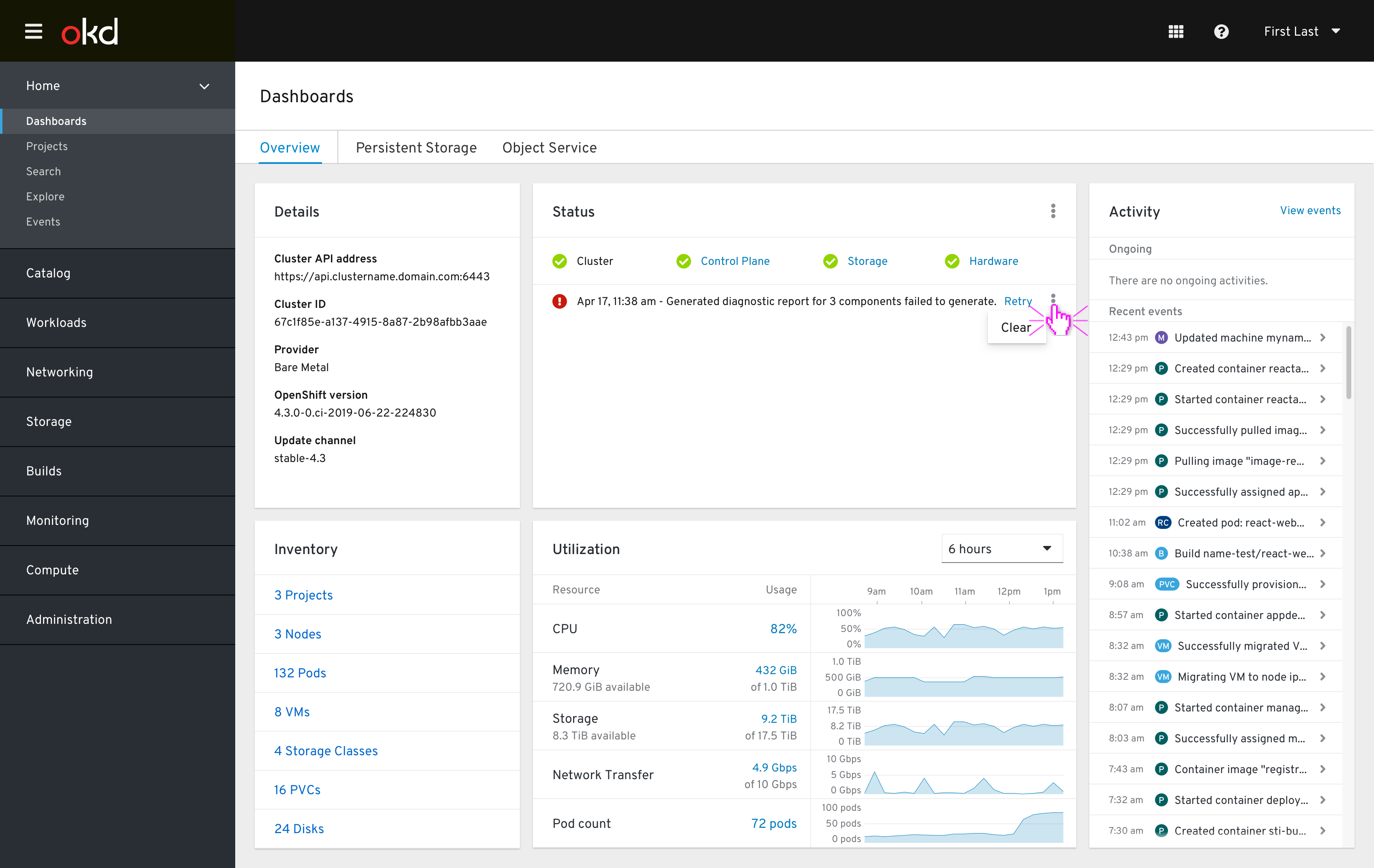