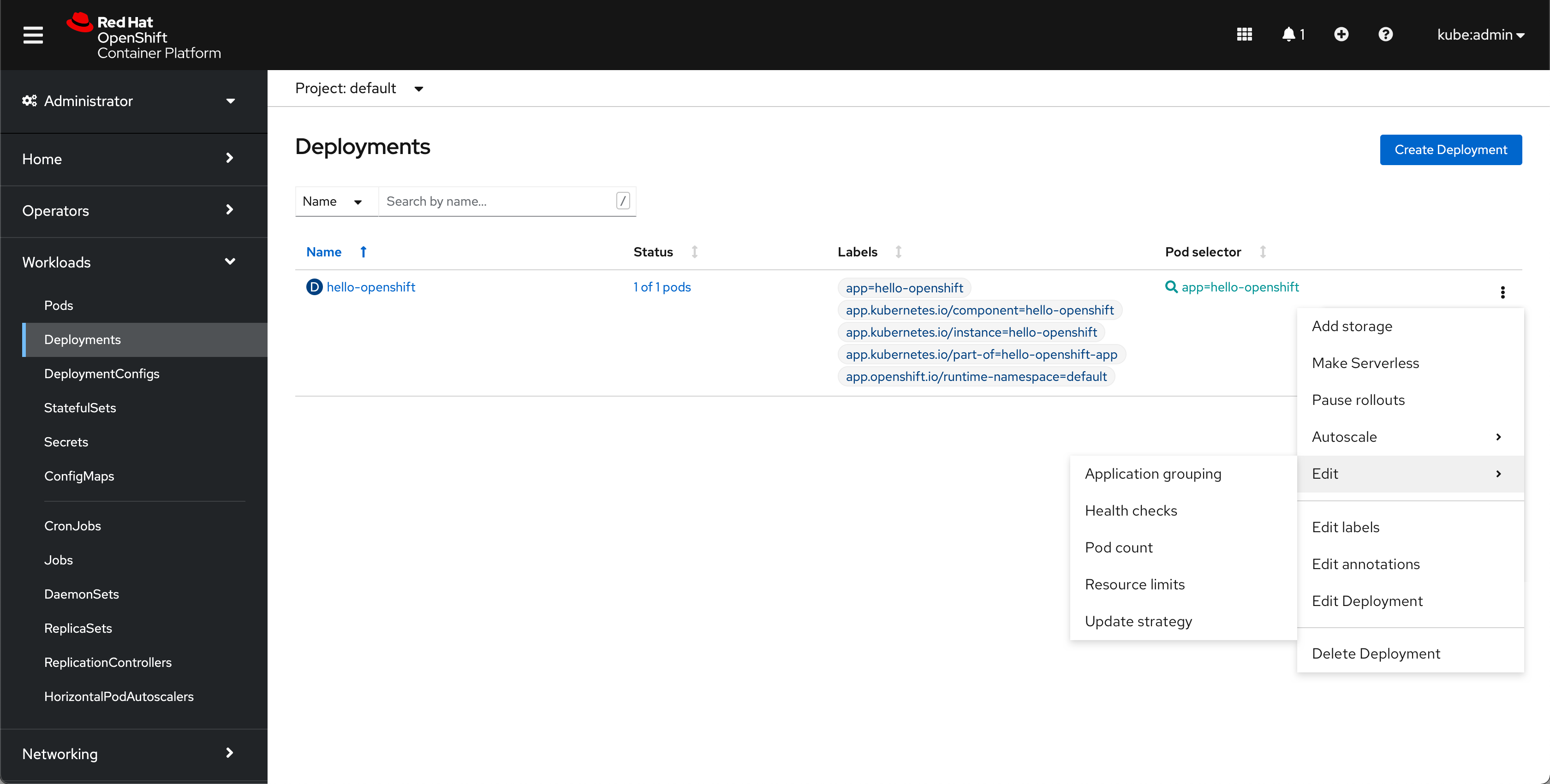 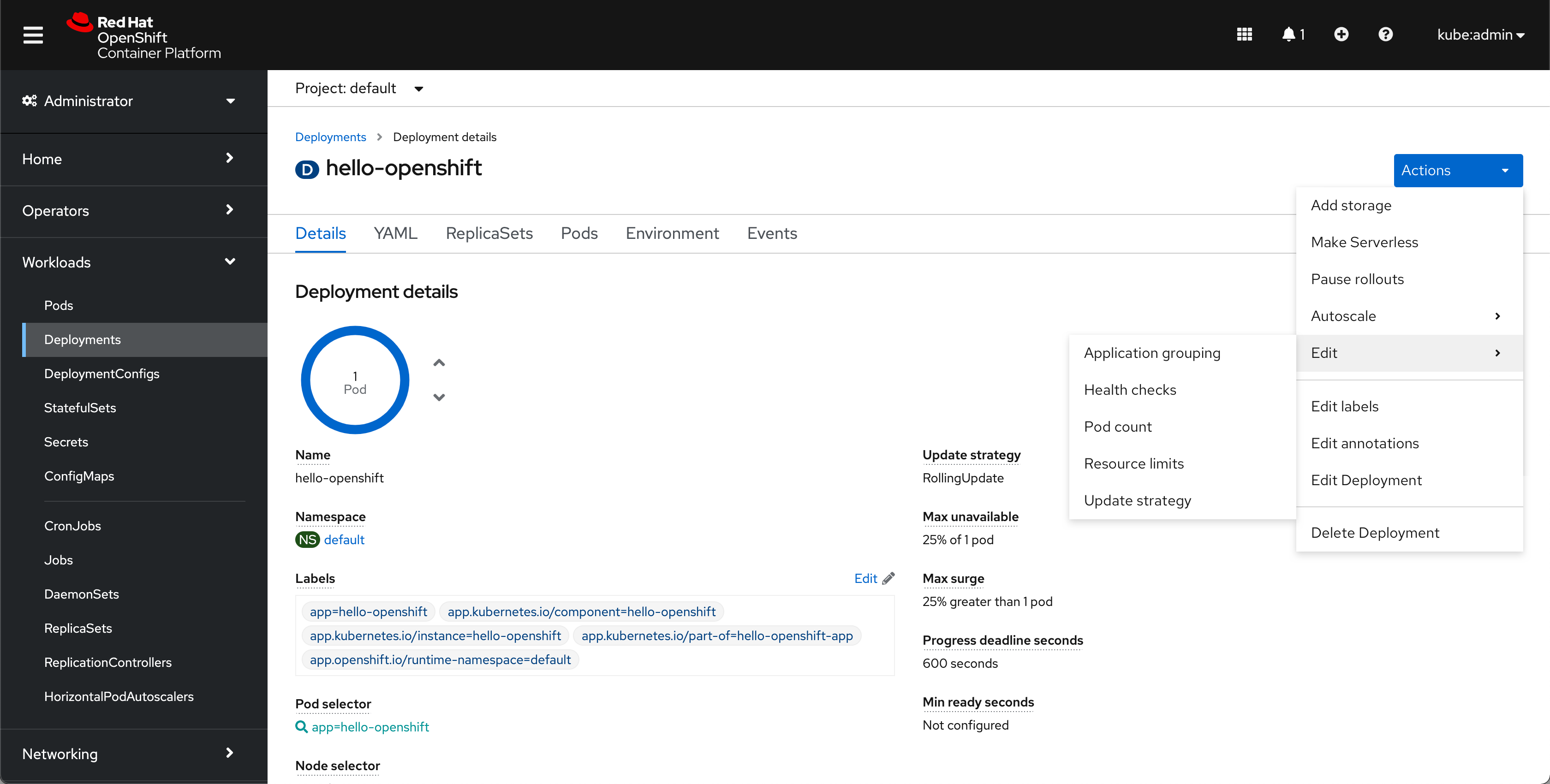 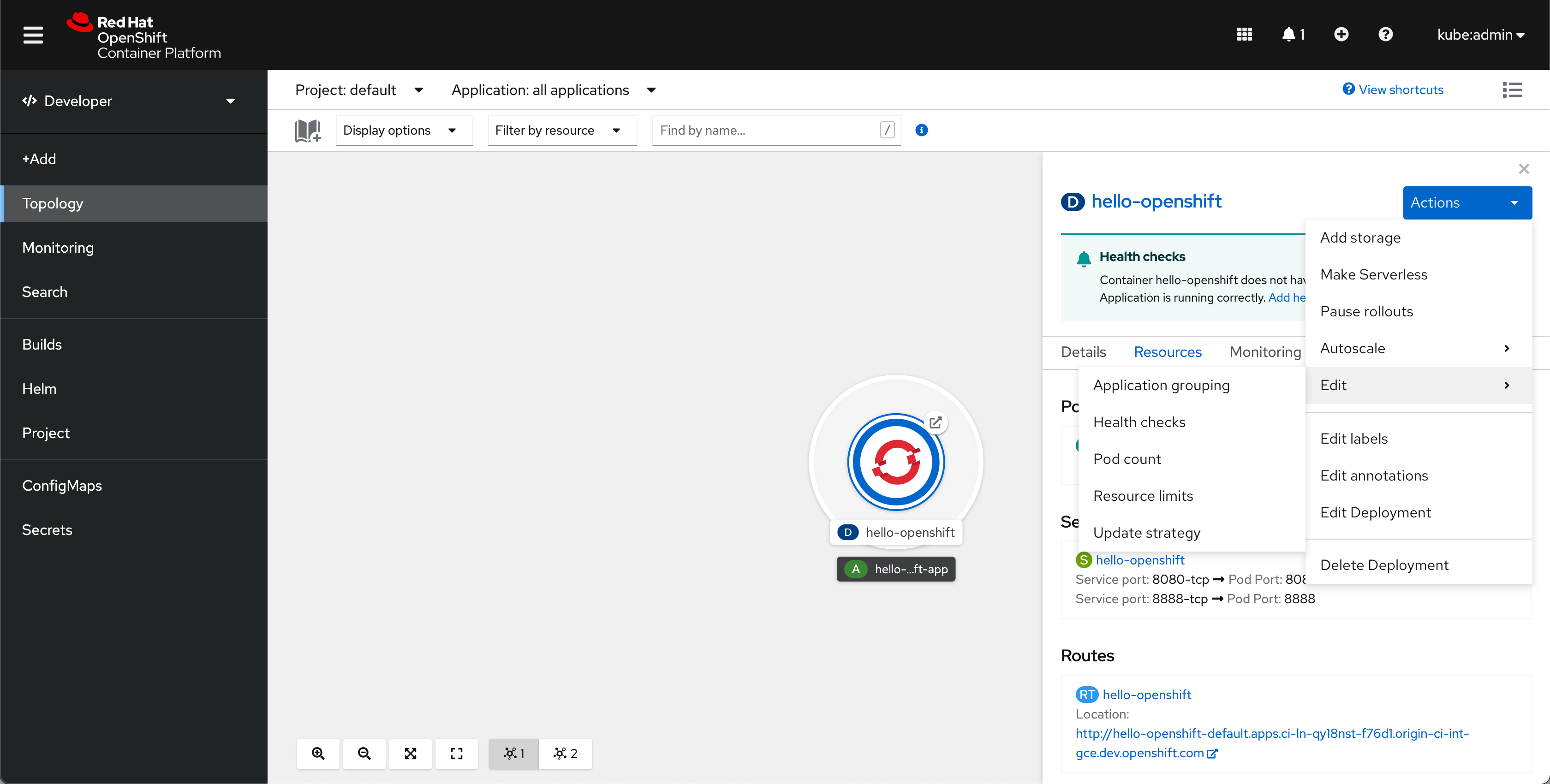 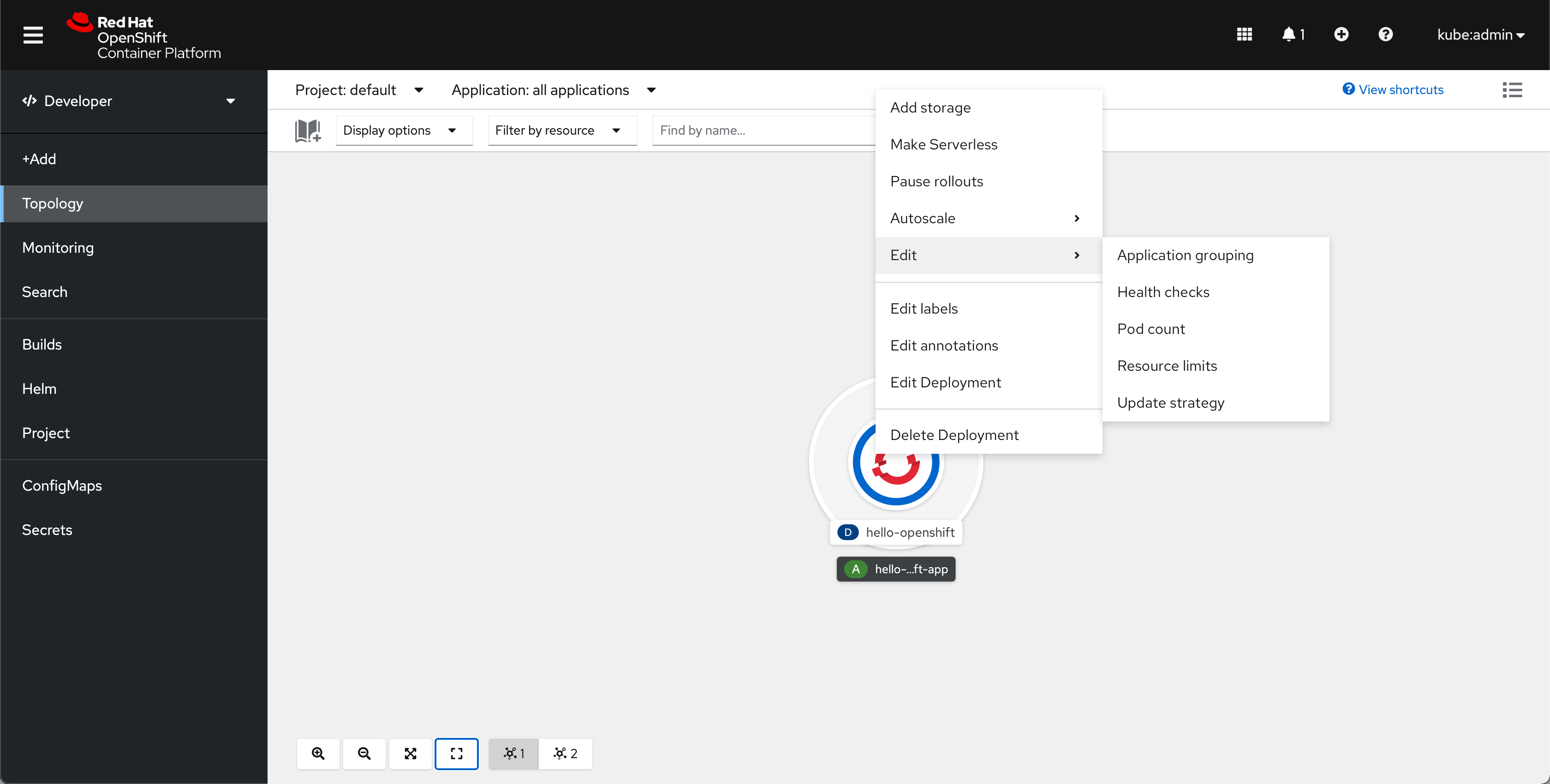 The majority of resource action menus will be a basic action menu. These menus have “universal” actions and the Delete {resource_type} action separated by a horizontal divider.

Some resource action menus will have more actions than those included in the basic action menu. The following documentation uses a Deployment as an example, but the logic to each section should be applied to any other complex action menu.

Action menus are separated into multiple sections. The ordering of sections and actions in the menu should adhere to the following pattern:

Actions in the menu should follow the following pattern:

The following convention describes when to hide or disable an action in the console and provides examples for each scenario. Note that while these guidelines should be the default behavior, exceptions may be made where necessary.